You Have A Say!

You Have A Say!

Bible Text: Genesis 2:19 “So he took some soil from the ground and formed all the animals and all the birds. Then he brought them to the man to see what he would name them; and that is how they all got their names.”

Memory Verse: Mark 11:23 I assure you that whoever tells this hill to get up and throw itself in the sea and does not doubt in his heart, but believes that what he says will happen, it will be done for him.

Are you very familiar with the saying “your destiny is in your hands”? Sound a little strange but that’s how it’s been from the very beginning. God made man from the same soil he made animals from but somehow He gave man say over animals. As much as God’s authority is supreme and ultimate, the scripture enlightens in Psalm 82:6 that you are a god and like God did God make you. He then went on to give you and I some level of authority and dominion over certain things on earth and one of such is our destiny.

Before we were formed in our mother’s womb He knew us, and as the alpha and omega who knows the end from the onset, He has ordained us on a certain path of life. Step by step, day after day, we grow into his plans for us and operate in His purpose but one grace we his human creation have above other things is the empowerment to speak forth what we want.

I was once at a conference years ago and the Pastor was asking people to speak out their thoughts on a specific bible verse he quoted and one of the congregator’s remarks was “a closed mouth is a closed destiny”.  Without doubt, for things to work in a certain way you desire it, you need to speak about it with God and then man.

When you read the book of Genesis chapter 1, God created the whole earth by commanding things into existence. You cannot give a command without saying it, likewise in our destined journey of life, for us to fulfill purpose we are not to remain silent. The act of remaining silent means you are comfortable with how things a panning out or the slow speed at which things are moving or the unfavorable situations you are experiencing and so many other dissatisfactions which might adversely affect your destiny in life.

Would you really say you are exercising your God given ability to have “a say” in the matters of your life? Many of us don’t plan properly or work towards our plans, we find ourselves just going with everyday flow, a behavioral pattern which makes us less productive and as a result not maximizing our God given potentials. We find ourselves not speaking up or speaking out where and when necessary about things likely to directly or indirectly have positive or adverse impact over our lives. We need to have an understanding that in our everyday life, we have a say in the way our day turns out. It all starts from commanding your day as the scripture asks if you Have commanded the morning since your days began, and caused the dawn to know its place.

Without doubt, Man proposes and God disposes” but are you even proposing at all? God has equipped us as human beings with capabilities to make every plan we want, but then God decides if our plans succeed or fail. God says in Proverbs 16:3, Ask the Lord to bless your plans, and you will be successful in carrying them out.

According to Isaiah 38:1-5, Hezekiah was sick unto death and God through prophet Isaiah sent Hezekiah a message to prepare his household because he will not recover but surely die. It is valid to say he was destined to die at this point as God already said it, but Hezekiah exercised his say in the matter, he faced the wall and made a proposition to God asking for the remembrance of his service and obedience, God heard what he had to say, healed him and gave him 15 more years. Likewise, when God was to destroy Sodom and was in deliberation with Abraham in Genesis 18, “Abraham said, “May the Lord not be angry, but let me speak just once more. What if only ten can be found there?” and God answered, “For the sake of ten, I will not destroy it.”

I encourage you this year as brothers and sister in the Lord. Do Not Be Silent. You must cultivate a habit of speaking up and speaking out where necessary because you have a say. This is not a proposition to disobey instructions of both God and authority or be unruly, it’s an avenue to exercise your God given capability, carefully adapting and applying Godly wisdom like Abraham did.

Year 2020 is not one for a closed destiny. Make hay while the sun shines, plan, run with the vision, draw up propositions, SPEAK to God about them and have a mindset that only His will gets done. Remember He has promised to perfect your plans; He will not turn back on His word. 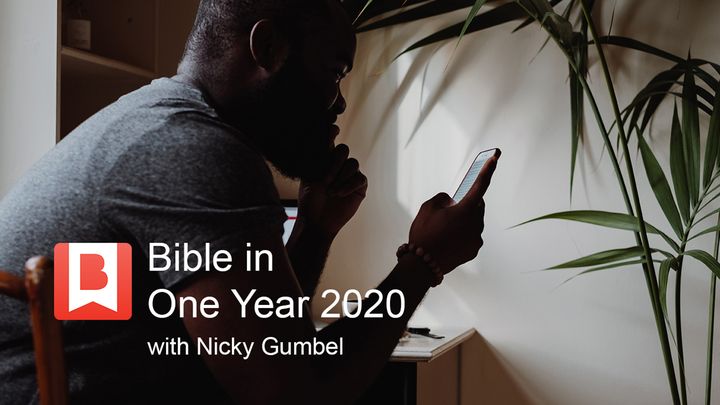