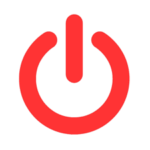 Bible Text: Genesis 9:1-3 “God blessed Noah and his sons and said, “Have many children, so that your descendants will live all over the earth. All the animals, birds, and fish will live in fear of you. They are all placed under your power. Now you can eat them, as well as green plants; I give them all to you for food.”

Memory Verse: John 15:16 “You did not choose me; I chose you and appointed you to go and bear much fruit, the kind of fruit that endures. And so the Father will give you whatever you ask of him in my name.”

There is something about the ability to increase that gets me thinking why God is very particular about the human race filling the earth and taking dominion over it. This empowerment was first mentioned prior to creation and God’s original intention is for man to be created and have power over every other things He had already created Genesis 1:26. Although the last of God’s creation on the 6th day was man, He specially crafted man to be like Himself in looks and authority. He likewise gave man not only authority over His other creations but also included the power to increase, Genesis 1:26-28.

Just as God had given that power to increase at creation, He reestablished the same “covenant” with Noah after the flood ended. After God spared Noah and all those who were with him in the ark from the flood which destroyed all living beings, He gave Noah and his sons the power to increase, fill the earth and have dominion over it, Genesis 9:1-3.

Every human being created of God have been pre-loaded with the ability to increase and God’s statement was echoed back to Noah after the fall of Adam. Even in the garden of Eden, there was a reconfirmation by God to Noah which means not even the sin committed by Adam and eve was strong enough to muscle out God’s given power to increase. His covenant of increase has been established with mankind and He is faithful to the course and will always being it to pass.

You are created with and blessed with the power to increase and that’s why the psalmist in Psalm 1:3 compares you to a plant by the rivers of water that yields fruit in its season, whose leaves does not wither and prospers in every areas of life. Though this is the default setting of all human beings at birth, a fact still remains that many children of God do not exercise this God given ability. This is either due to lack of knowledge or due to environment factors.

Your location or parent’s financial status at birth has nothing to do with how God created you.

You have it in you. Yes, you have the power to increase in every areas of life, but you have to activate that increase, begin to walk in power, exercise the authority and start bearing fruits from today in Jesus Name.

Remember Jesus kept increasing in wisdom and stature, and in favor with God and men, you have the God given ability to do same.

CLICK BELOW TO LISTEN TO A YEAR OF INCREASE SERMON.